Skip to main content
To provide you with the best experience, Marmara Hotel Budapest uses its own and third-party cookies on its website for technical, analytical and marketing purposes. By continuing to browse our site, you are agreeing to our use of cookies. Please consult our Cookie Notice for more information. 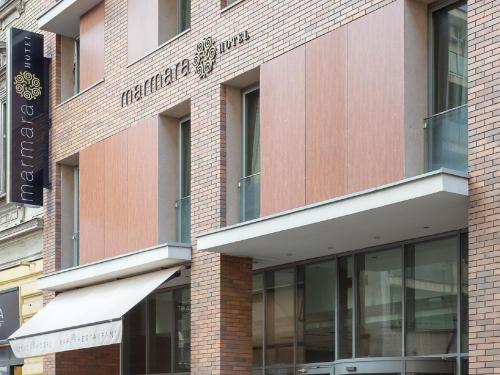 [justify]Our hotel is situated in the Nagy Ignac Street, which opens from Szent Istvan boulevard (Grand Boulevard), halfway between Margaret bridge (Margit-híd) and Western Railway Station (Nyugati Pályaudvar). Thanks to its ideal location the most important sights of the city can be reached within a few minutes from here.
Arriving to the Szent István boulevard you immediately face one of Budapest?s most grandious buildings, the Comedy Theatre (Vígszínház). The theatre opened its doors to the public in 1896 and operates full house throughout the year. It?s worth mentioning that the Comedy Theatre was the cradle of modern acting, and the new, 20th century middle class drama.[/justify]

Excursions to the Buda side 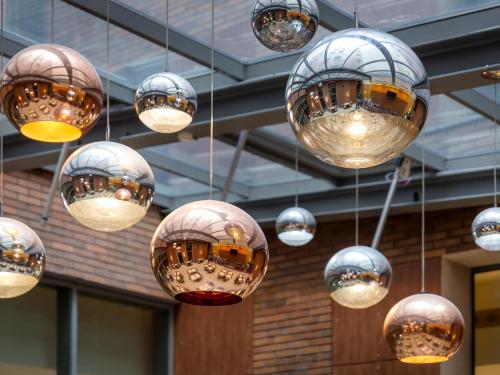 [justify]Arriving to the Grand Boulevard you can walk along the tram number 4 and 6 both to the Buda and the Pest side. If you walk to the left, first you can glance at the Margaret Island (Margitsziget), and the sights of the Buda side along the Danube.

Margaret Island is at all times a pulsing spot of the city. Early morning it is ideal venue to jog around the island, while during the day you can stroll on the river bank or picnic by hundred year old trees. The island is home of the Hajós Alfréd National Sport Swimming Pool as well as the Palatinus Strandfürd? (outdoor pool complex), and in the summer time the Open Air Theatre welcomes everyone with exquisite performances.

Walking across the Margaret bridge (Margit híd) to the Buda side, you can bump into numerous sights of interest; just a few minutes walk from here the Lukács Termal Bath or Gul Baba?s shrine (Gül Baba Türbéje), or we can take the HÉV from the Margaret bridge to the Aquincum Museum or to Szentendre. Both of them are beloved spots among tourists and locals.

Walking South along the river Danube embankment towards Gellert hill you can find many fabulous thermal baths. Budapest is richly endowed with natural springs of thermal waters possessing various medicinal properties, and this is why Budapest is called as the City of Bath.

On the Buda side going further the Margaret Boulevard (Margit körút) we reach the Moscow Square (Moszkva tér), which is one of the busiest hubs of the Buda side. Passengers can travel towards the Castle District (which is the first district of Budapest) by the so-called Várbusz (Caste bus, 16A or 116). Castle District is abundant in great historic attractions, like the Buda Castle, the Hungarian National Gallery, the Fisherman?s Bastion, the Matthias Church or the Labyrinth of Buda Castle[/justify]

Short walk to the Parliament 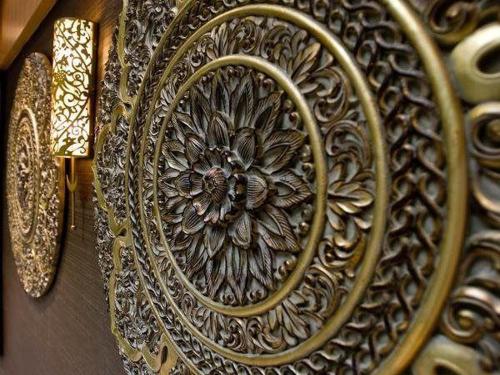 [justify]Kossuth square is only a few minutes walk far from our hotel. Its most notable landmark is the building of the Hungarian Parliament and the Museum of Ethnography.

The Parliament was built at the end of the XIX. century according to the plans by the famous Hungarian architect, Imre Steindl, and among others the Holy Crown, the orb, the scepter as well as a Renaissance sword are kept in the building. Organized guided tours are held in different languages several times a day.[/justify]

Let?s go to the downtown!

[justify]We can reach the city center by walking through the Bajcsy-Zsilinszky street, or by means of public transport: there are two ways to get there, either by tram number 2 along the Danube embankment on the Pest side, or by metro number 3 (blue) from the Western Railway Station (Nyugati pályaudvar).[/justify]

[justify]We can go to the city center either from the Roosevelt square or the Vígadó square tram station (tram number 2) or from Deák square.

The elegant building of the Pest Redoute (Pesti Vígadó), Danube Promenade, Vörösmarty square with the legendary Gerbeaud, the Váci street with its many little shops, the Synagogue in the Dohány street, the St. Stephen?s Basilica, as well as numerous restaurants and locales ? all of these you can find in a bouquet, right here in the heart of the city.[/justify] 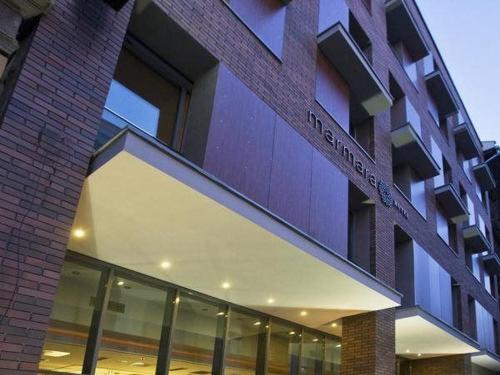 [justify]In the last few years Budapest has enriched with many plazas and shopping malls. An extensive range of shops, restaurants and entertainment welcomes the visitors. The WestEnd City Center is right next door to the Western Railway Station (Nyugati pályaudvar), the Mammut Shopping Mall is closed to the Moscow square (Moszkva tér).
The two fanciest shopping streets in the city are the Váci street and the Fashion Street, the latter is situated between the Deák Ferenc square and Becsi Street, on the Deak Ferenc Street.[/justify]

By subway to the City Park

[justify]The Millennium Underground Railway (M1, yellow) in Budapest was inaugurated 1896, in the year of the millennium. It was the first underground railway line on the continent. We can easily get to the Heroes? Square or to the City Park by this metro line running along Andrássy street.
This part of Budapest bolsters a number of sights. The Museum of Fine Arts, the Hall of Art, and in the City Park the Vajdahunyad Castle (with the Museum of Hungarian Agriculture), the Széchenyi Thermal Bath, the Zoo, the Theme Park, and the Hungarian State Circus encircle the Heros? Square.[/justify]

[justify]The Andrassy street is also worth taking a walk: Besides the beautiful villas and mansions several famous sight - amongst others the Hungarian State Opera or the House of Terror ? restaurants, cafés and shops fascinate the travelers.[/justify]

At the reception desk you can find a number of useful brochures, which help you pick the right program or to orientate you in Budapest!

[justify]A few useful information to get around easily in Budapest:

The official tourist website, www.bud.hu">http://www.mav-start.hu/">www.budapestinfo.hu, provides you with up-to-date information about the capital, sights, programs and events in Budapest in 17 languages.